London (CNN Business)Volkswagen says its IT systems are melting down as people rush to order its new electric car online.

The German carmaker said Thursday that it has received 10,000 orders for the ID.3 1ST in the 24 hours since reservations opened in Europe, leaving its computer systems unable to cope with the high number of visits. 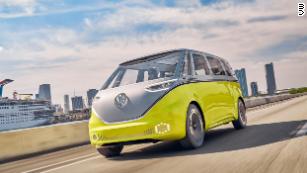 VW is creating an electric future. This is what it looks like
“This leads to long waiting times and interruptions in the registration process in some markets,” the company said in a statement. “Volkswagen is working hard to eliminate the hitches.”
The limited edition ID.3 1ST has a range of up to 260 miles and will cost less than €40,000 ($45,000) in Germany. Customers need a €1,000 ($1,120) deposit to reserve one of the 30,000 cars Volkswagen plans to make. They’ll get free battery charging for a year, among other incentives.
Volkswagen (VLKAF) said it expects deliveries to begin in April 2020. The model is the first to be produced on Volkswagen’s new electric vehicle platform, which it calls MEB. 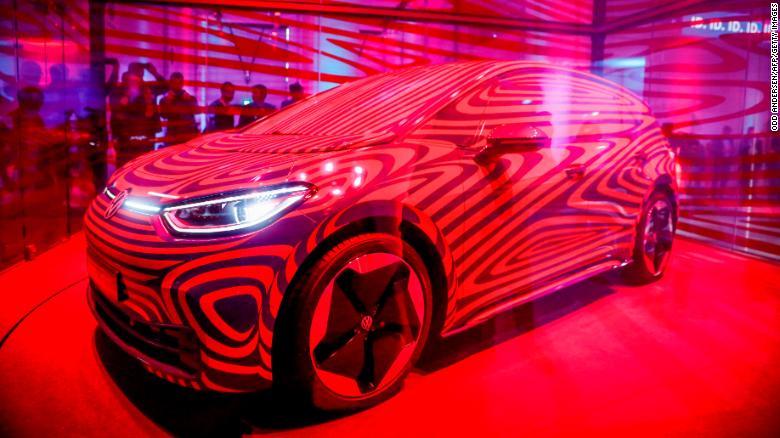 Volkswagen’s ID 3 electric car is popular with customer.
While the number of orders is impressive, it’s far behind Tesla.
When Tesla unveiled the similarly priced Model 3 in 2016, it received 200,000 orders in the first day. Tesla (TSLA) missed many production targets and deadlines as it sought to keep pace with demand. 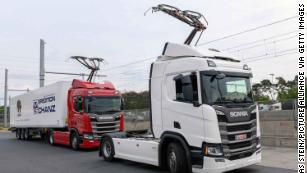 Germany is opening its first electric highway for trucks
Volkswagen hopes that its Modular Electric Toolkit, or MEB, will help it catch up to Tesla in the electric-car race. The company described the platform as the “heart” of its “electric offensive.”
The German carmaker plans to release 70 different electric models over the next decade, across brands including Audi, Porsche and Skoda.