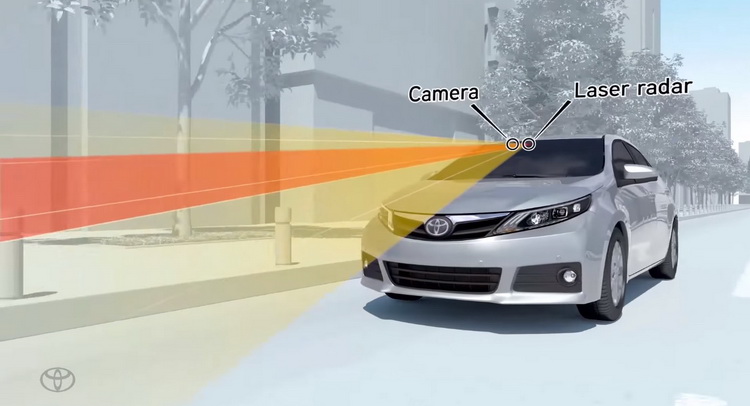 Toyota and Lexus will make the Automated Braking system a standard feature on nearly every model, four years earlier than the recently-announced NHTSA requirement.

The system is already available as a low-cost option in most of the two brand’s models as part of the Lexus Safety System+ and Toyota Safety Sense, which are scheduled to be part of the standard equipment in all US models by the end of 2017.

“At Toyota, we are committed to creating better ways to move for everyone,” said Jim Lentz, CEO of Toyota Motor North America. “High-level driver assist technologies can do more than help protect people in the event of a crash; they can help prevent some crashes from ever happening in the first place.”

These driver assist technologies are designed to aid in three key areas: preventing or mitigating frontal collisions –including pedestrians, helping keep drivers within their lane and enhance road safety during nighttime driving.

The specific models to offer these safety features as standard will be announced at a later date but we do know that the Lexus GX, Toyota Mirai, 4Runner, GT 86 and the Mazda-derived Scion iA will not offer them, at least not as part of the standard equipment.